Design and Creative Industry in Piemonte

E: This email address is being protected from spambots. You need JavaScript enabled to view it.

Design and creativity are the engine of innovation and they represent a strategic level for the business development. Torino and Piemonte boast in fact a long and successful story of design-driven innovation.

In 2014 the City of Torino was designated UNESCO Creative City for Design. Piemonte has effectively important excellence and huge experience in this field. The theme of design - one of the main categories of the Creative Cities Network, the one in which the city was a candidate - is suitable for Torino: the city has made a unique use of design as one of the keys for industrial and post-industrial development, and has already received prestigious international awards. 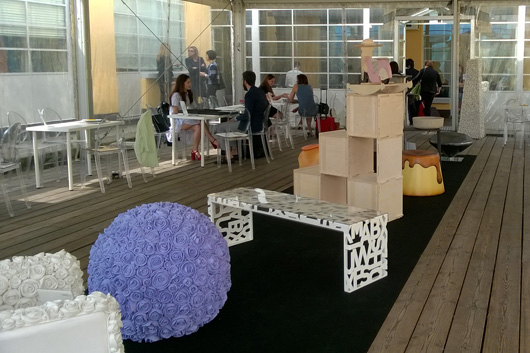 Design is at the heart of the Made in Italy culture and has animated and grounded the most important industries in Torino and Piemonte.

Besides the transportation sector, for which Piemonte design is worldwide recognised thanks to its famous car designers, creative ideas are distinctive features in many fields: architecture, living - i.e. furniture, complements, housewares, fittings and taps -, fashion - namely clothing, accessories, writing - and sports.

International awards and the future

The ability to invent new markets, conceive new meanings and create new forms that become part of everyday life is innate to the production and cultural tissue of the region. Some happy inspirations that led to the creation of true design icons, were developed here. To name but two: Bialetti’s Moka or design-icon Kactus by Gufram.

The high concentration of design-oriented companies has made Torino unique worldwide: it was no coincidence that Torino was the first city ever to be appointed “World Design Capital” in 2008 by the International Council of Societies of Industrial Design.

Today Piemonte is very well distinguished as a design-driven region and boasts internationally famous companies like Alessi and Serralunga and worldwide appreciated brands such as Pininfarina and Giugiaro - together with a new generation of designers that face the international competition using in a sophisticated way the traditional, cultural, productive and technologic know-how to trace new paths in: interaction design, interactive visual communication, service design, co-participatory design, 3D printing.

Thanks to this lively and stimulating environment and to the presence of top schools, the regional design system is able to create value in various economic sectors, from manufacturing to services.

E: This email address is being protected from spambots. You need JavaScript enabled to view it.

Piemonte is home to hundreds of highly qualified companies offering the complete supply chain in several industrial area: Piemonte Agency ensures you the shortest way to meet and start business with them.

Our Teams work to facilitate and to match your requirements with potential local suppliers. We can help you to plan invitations, to organize company visits to evaluate new possible partners and to participate in international events and worldwide trade missions to meet them.

Discover the sectors we mainly deal with and select the right partner for your business:

Tailor-made seminars, conferences, courses and integrated specific pathways are organized with the aim of harnessing skills and increasing knowledge on management, commercial and technical topics (quality, health and safety products, environmental protection and social responsibility), to be more competitive on foreign markets.